I’m a couple of weeks late but I’m finally getting chance to sit down and write some thoughts on 2016, and look forward to 2017. For those of you that have been following my blogs you’ll know that 2016 was an incredibly mixed bag for me. I came into the year desperately trying to find form after recovering from my most recent injury, but I struggled – I missed the entire indoor season and ran a pretty terrible 14.39 in the Armagh 5k in February. To put it in perspective, I ran 14.07 the year before. Then things started to come together – a sub 30 clocking at the Manchester 10k, of course that didn’t take long before it was revealed the course was short and the title of sub-30 runner was taken away once again. By May I was starting to find some form, sessions were going well and I was excited to be back racing – unfortunately a fight with a steeplechase barrier ended my season less than 2km into my first track race. It’s safe to say that first half of 2016 was a disaster.

How you recover from adversity can define you as an athlete. Ever since I slipped a disc in my lumbar back in 2013 I have been the most inconsistent of my running career – injured and then fit, racing well and then injured again. It’s been a cycle that would question the desire of even the most dedicated runner.

I had been hit hard, but my determination never waivered. I knew the shape I was in when I was fit and I knew what I needed to do in order to make sure i could stay injury free in the future. The second half of 2017 is when it all started to click once again. I adjusted my mindset towards cross country, I spent more time in the gym than ever before and I ran quality mileage. I even managed to salvage a couple of race at the end of the track season, which served more as a mental breakthrough than anything else. I ran a couple of good XC races in Ireland and Burgos and then the big one happened – we won the National 12 Stage Road Relays. I followed that up with the best performance I’ve put in at the Liverpool Euro XC Trials ever as senior and I knew things were coming together. 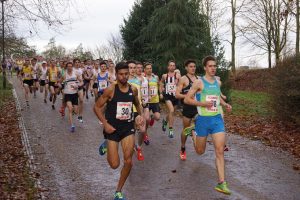 Telford 10k was a massive confidence boost. Having never been under 30 minutes for 10k before, to run 29.24 showed things were really coming together, I was racing to the form I was showing in training and it felt good. Following this up with a 14.13 at my favourite race of the year – Nos Galan on New Years Eve – showed that I was continuing the progression (it’s NOT a fast course). 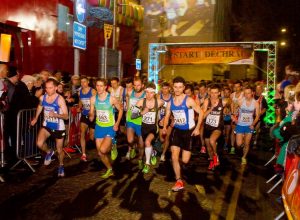 This is the most excited I have been for a year of running for a long time. I’m coming into the year in the best shape I have ever been at this time of year and with the qualification period now open for the 2018 Commonwealth Games I have a very distinct goal for the year.

As with every year, the race plan will usually change drastically as opportunities arise. James and I will always plan a general outline of races but it’s incredibly rare that I do every single one of them.

The basic overview is that I’m going to be running a few indoor races and then start the outdoor season much earlier than normal. Although one can qualify for the Commonwealth Games with an indoor performance, unfortunately I can’t run the steeplechase indoors, so I need to maximise my outdoor season as much as possible. In order to give myself the best opportunities possible to run the qualifying time over the barriers this summer I’m going to be heading stateside in March and will no doubt find myself in various locations around Europe throughout the rest of the summer. It’s VERY exciting. 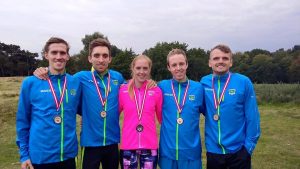 I can’t wait to pull the Saucony Endorphins on once again and represent the Hurricanes in style as I chase the Commonwealth dream!